You can never go back...

When I lived in Calgary, Alberta (what seems like a lifetime ago - nine years) one of my most favorite things to do was to throw the dog in the car after supper, stop at a lake on the way so he could run and swim, and drive an hour or so to Banff in the Rockies. 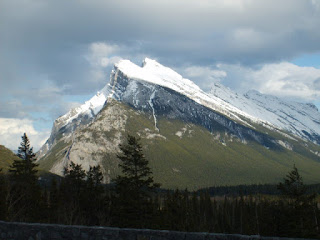 I would park myself and my journal at the counter at the front of Evelyn's Coffee Bar on the main drag and treat myself to a large Latte and a huge slab of their very best carrot cake! 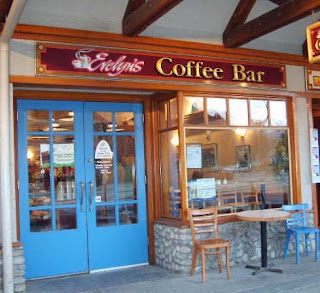 I flew back to Calgary earlier this summer, and drove through the Rockies to Cranbrook to do work as an Intuitive for the weekend. We took the southern route there, and came back through Banff. It was late Sunday evening and I wondered if Evelyn's was even still there. To my delight it was, to my chagrin it was just closing, but relief quickly followed as I was referred to the original shop down the street, who still had... carrot cake made with the original recipe... and it was as good as I remembered it.
As much as I loved it when I lived there, Calgary holds no meaning for me anymore. I had a hard time recognizing the places I used to know like the back of my hand, and although it was great to see old friends, the city itself was a stranger. 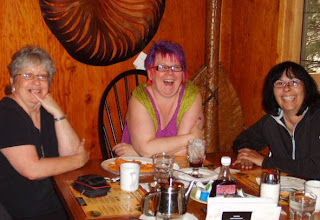 Myself ~ Shelley ~ Sandie
I knew when I moved out further west to Vancouver Island it was absolutely the right choice for me and have never once regretted it. This trip reinforced that for me. 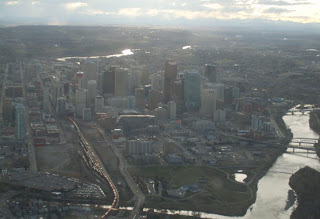 Calgary - where I once lived 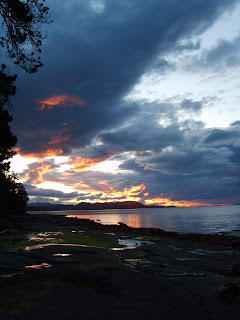 Gabriola - where I call home now
It's true, you can never go back ... except for carrot cake!
Posted by Shena Meadowcroft at 9:02 pm

I had the exact same experience! I grew up in Calgary/Strathmore and then moved away when I was 23. I tried to go back 2 years later, but the city I had once been in love with had become a stranger and I no longer had feelings for her. Now that I live on Gabe, it holds zero attraction for me.

Hi April, Strange isn't it? I was more Calgarian than a Calgarian and Calgary was very good to me. But that was then, and this is now. Maybe it means we are living our lives in the moment, some of the time better than others.