In search of the ultimate sketchbook

I have this thing about notebooks and sketchbooks - a neurosis some might call it. I prefer to think of it as a process by which I eventually arrive at a decision. It's that need to choose exactly the right sketchbook or notebook for exactly the right project. And to ensure that the notebook or sketchbook in question is used to the fullest capacity that is its due. As in: this is a particularly nice note/sketchbook and so should be dedicated to particularly nice (read: important) work. This can cause quite a dilemna each time I purchase a new note/sketch book (and I puchase a lot of them...) and unfathomable amounts of time are lost in the perpetual debate of what to use it for. Which could, I am well aware, be used for... well... writing... or sketching. 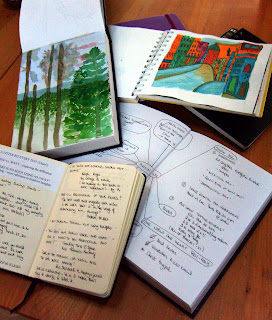 On a day trip to Victoria recently I picked up a simply delicious little sketchbook called "Flexi-Sketch" that came in several sizes and what was really more important, utterly delicious colours! With a soft cover with French folds, the Flexi-Sketch lays flat while open and accepts all kinds of media. There are 120 sheets plus 30 bonus sheets of acid-free 75 lb paper with a soft tooth. How can you not love a sketchbook called "Twilight" or "Celery" 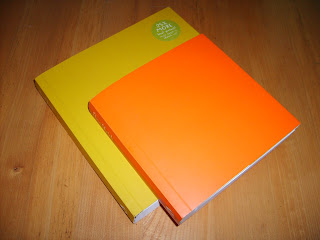 Affectionately called "Pumpkin" (but it's official name is "Mandarin") this 6 x 6 inch sketchbook became my new best friend and after far too much thought and deliberation, was finally allocated to become a cache for my stones, pen and ink sketches and full moon poems. It went everywhere with me. My special note/sketchbook. 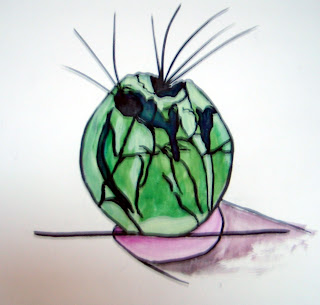 As luck would have it, two weeks later I had another chance to head down to Victoria, and once again my favourite art store, Opus Framing and Art Supplies, was my first stop. And there I purchased the next size up: "Butternut" is 8 x 8 inches  -  Now this was definitely had to be my very special sketchbook. What higher purpose would this be dedicated to? The hand wringing and intense questioning began.


Then came the epiphany from the unlikeliness of places. I attended a local trust committee meeting and from a distance noticed that the local planner sat making prolific notes in the coolest of notebooks. Having to know which one she was using I emailed her later, and lo and behold it was the same Flexi-Sketch Butternut I'd just bought the week before!
I was somewhat stunned to discover that these beautiful, luscious books were being used for something as, at least in my opinion (with sincere apologies to any planners out there) mundane and well... boring as notetaking at local planning meetings. Then it began to occur to me that maybe I was the one that needed to make a bit of an attitude adjustment. In her email the planner had said that she sat through so many meetings that at least it brightened her day to be writing down notes in such a beautiful funky looking sketchbook. 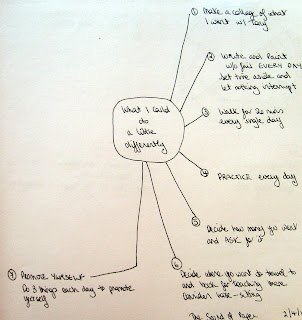 I decided here and then it was time to take these albeit wonderful note/sketchbooks off the pedestal I had put them on. And use them in the way they totally deserved, which was to be loved and.... thoroughly used. My Butternut has since become my "exercise" book where I deposit all the sketches of new techniques I'm exploring, creativity exercises I'm doing, ideas to develop, storyboards for my new book - there is no limit to what goes in there. 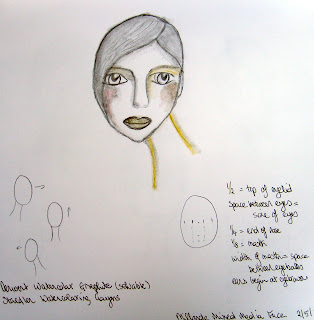 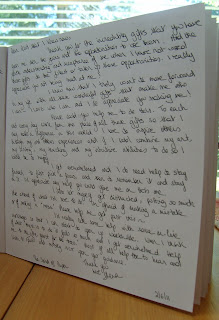 ﻿I'm sketching and writing and jotting down notes in both of these great books with no second thoughts.
And I'm loving it!
Posted by Shena Meadowcroft at 10:18 am

Oh Shena what a wonderful post! I have to make my books from scratch and am so thankful for Tee's wonderful course on book making as they are much more professional looking now than the ones I did before! I would go absolutely crazy in a place that sold such delightful books as you bought! I am so glad you are enjoying them! Liz

It was really fun to read about your sketchbook odyssey, pics and all. I loved the way you ended the post with a decision to USE IT which is such timely advice. I am finally "seeing" that my art room is too crowded & too much stuff comes in & not enuf goes out!