One of the many joys of walking the beach at the end of the day is seeing the messages that have been left there in the sand. On particular day I was delighted to meet a little lad who had just arrived at the beach and, after much deliberation, pounced upon a particular piece of driftwood. “A perfect writing stick” he declared. Who was I to argue? 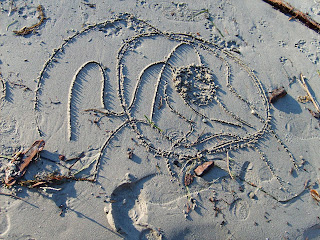 A little ways along the beach someone had drawn two hearts and written the word “ME” in the centre. 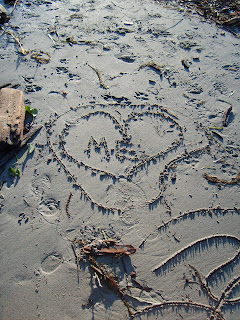 And further on an image resembling the petroglyphs for which Gabriola is known for, this one’s story to be washed away on the incoming tide. 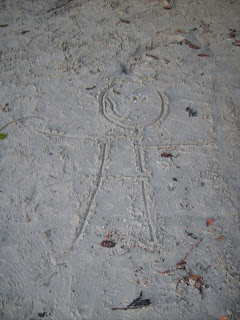 Later still I came across another figure; the kind only children can draw. 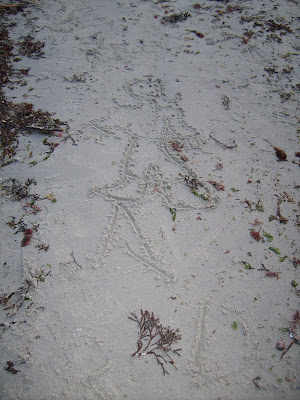 I just only wish I could read “dog.” 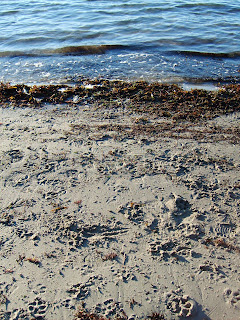 But I can tell from the writing they were having fun!
Posted by Shena Meadowcroft at 10:00 am

Shena, nice to meet you via your site. I clicked through from a comment you made on the Artist's Journal Workshop site. I'm enjoying reading through your blog. This "sand scribes" post had particular interest for me. You can see why if you read my post here (http://dog-earedjournals.blogspot.com/2011/06/why-do-i-keep-illustrated-journal.html)
I look forward to reading and seeing more from you.
Tchao-wow!