One Stitch at a Time

For the longest time I have been watching the mindful and talented artist Jude Hill from afar, creating stories with cloth. I wanted so very much to take the time myself to sit and be with cloth and thread once again. But life, as it is wont to go, got in the way.

You see, cloth and I have had a long term relationship for many years. As a child, the only reason in my mind to have dolls, was to make clothes for them. As I grew older, I made began making clothes for myself. I took a diploma in Fashion Design in Brussels, Belgium and learned the foundations of design and pattern making. Over the years I have made kits, clothes, house furnishings and fabric art. I supported myself very well in the process as a fabric artist. 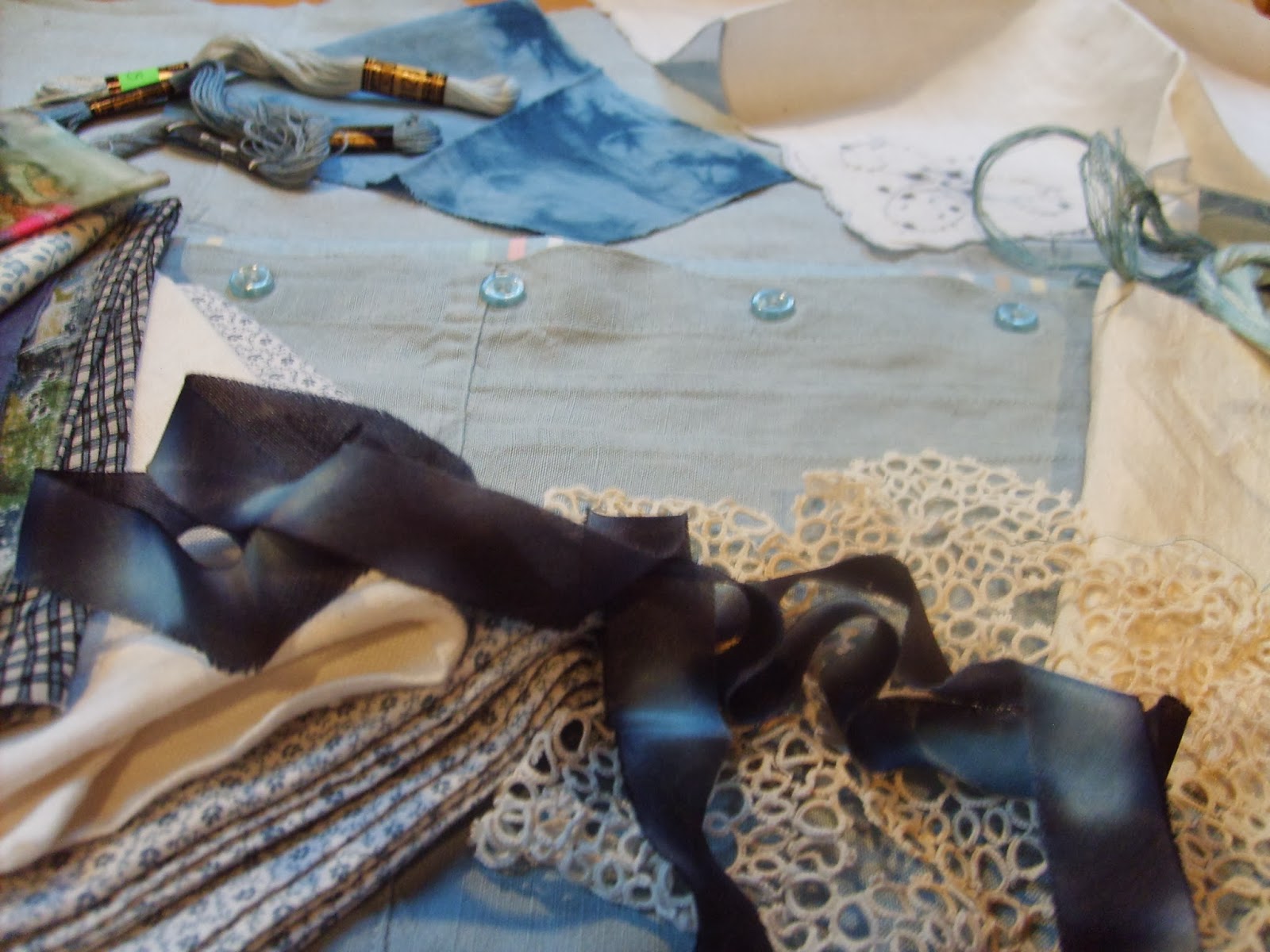 But what I yearned for was something different, something that involved just me, the cloth and the needle. To take one piece of fabric, and add another. To explore line, form and design. To have absolutely no preconceived idea of the finished project, simply to let each choice unfold one after another, trusting that a language would emerge along the way, and that through it all, something worthwhile would be said at the end of the day.

Yesterday I started such a piece. I only had a short time in the studio and had no intention of doing this at all. But I picked up my basket of linens, and flax and silks and cottons and beautiful old embroidered napkins and tatted or crocheted handkerchiefs that I cannot bear to leave abandoned at the bottom of thrift store bins. I played with my embroidery threads, hand-dyed silks, linen thread found in an old stitchery store in a countryside village on my last trip to England many years ago. And I began to pull colours and textures that spoke to me, even though I still do not know what they have to say.

One such piece was a fine linen shirt with buttons and a pleated front. Another was a soft piece of fresh cotton fabric with muted stripes on it. Lines and circles... Somewhere to start...  And so I began. 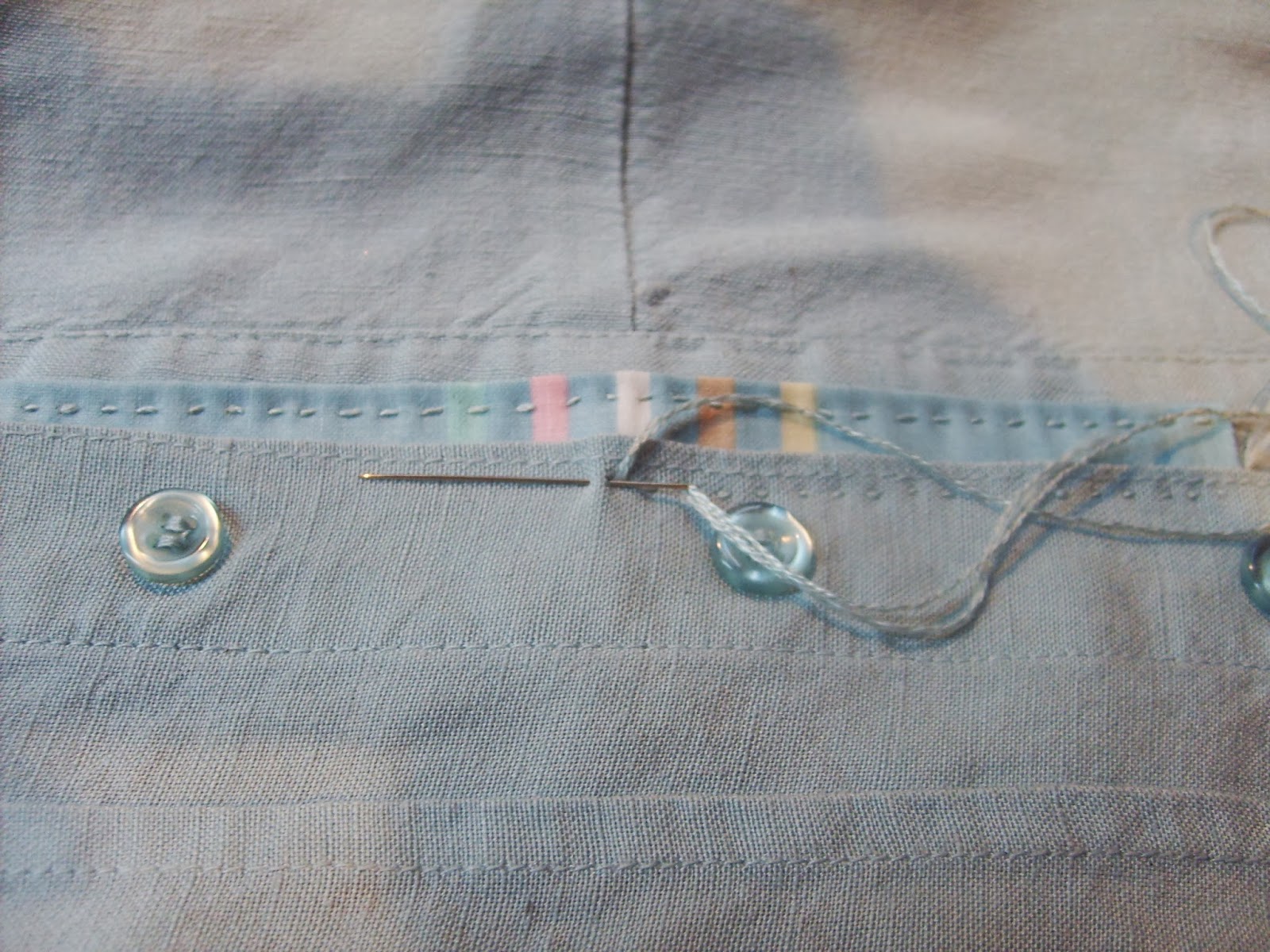 Today I added another piece of fabric, lining up the straight lines. I like where this is going...

To replicate the shape of the buttons I cut a large circle. Too big! I cut a circular strip around it and placed the smaller circle on the background. Thread into needle, needle into cloth, starting at the centre, and the timeless spiral of healing has begun. 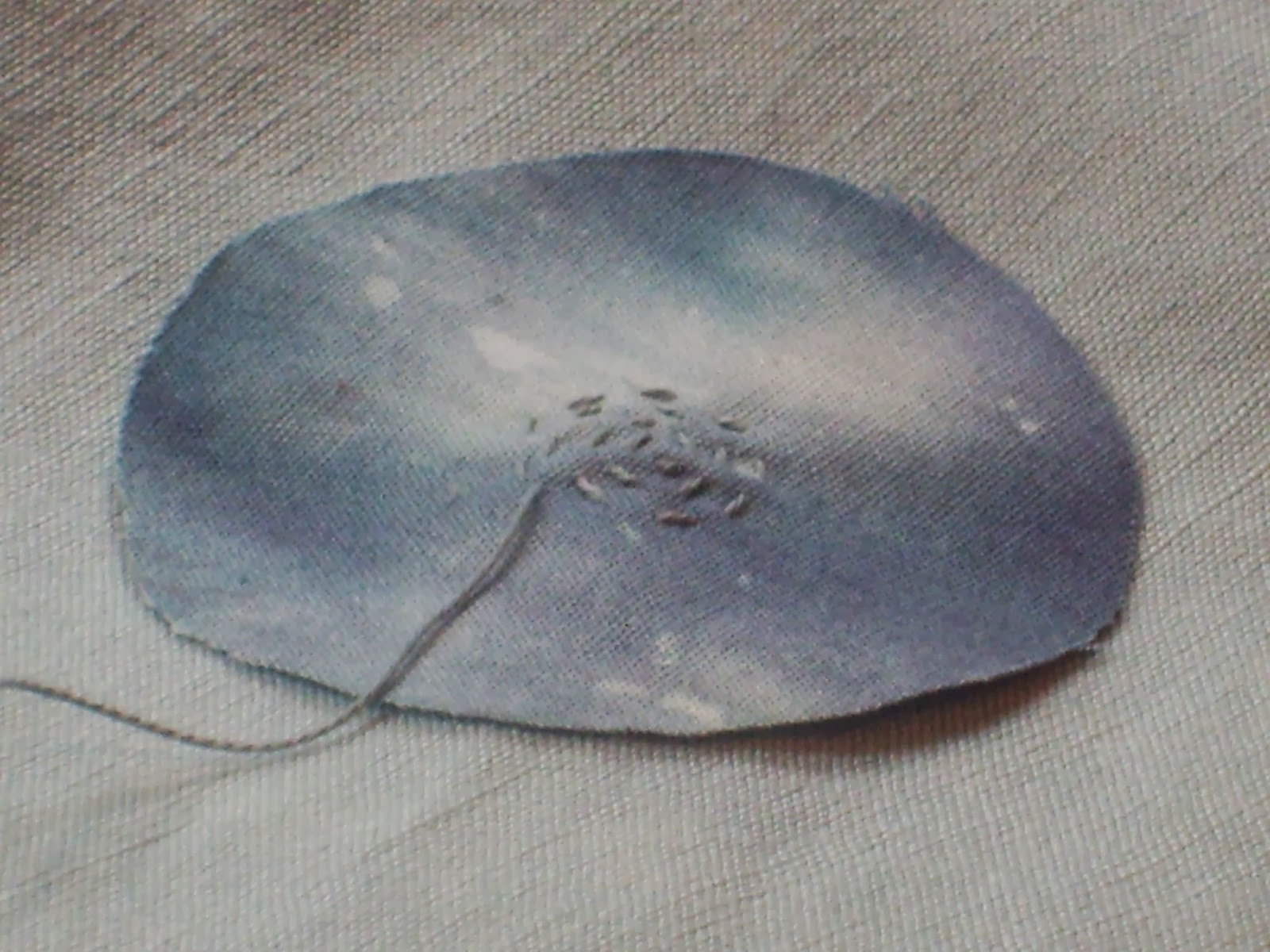 The cut-off strip lay against the cloth, forming a shape all of its own. I didn't have the heart to remove it. I will follow its curve, see where it takes me. 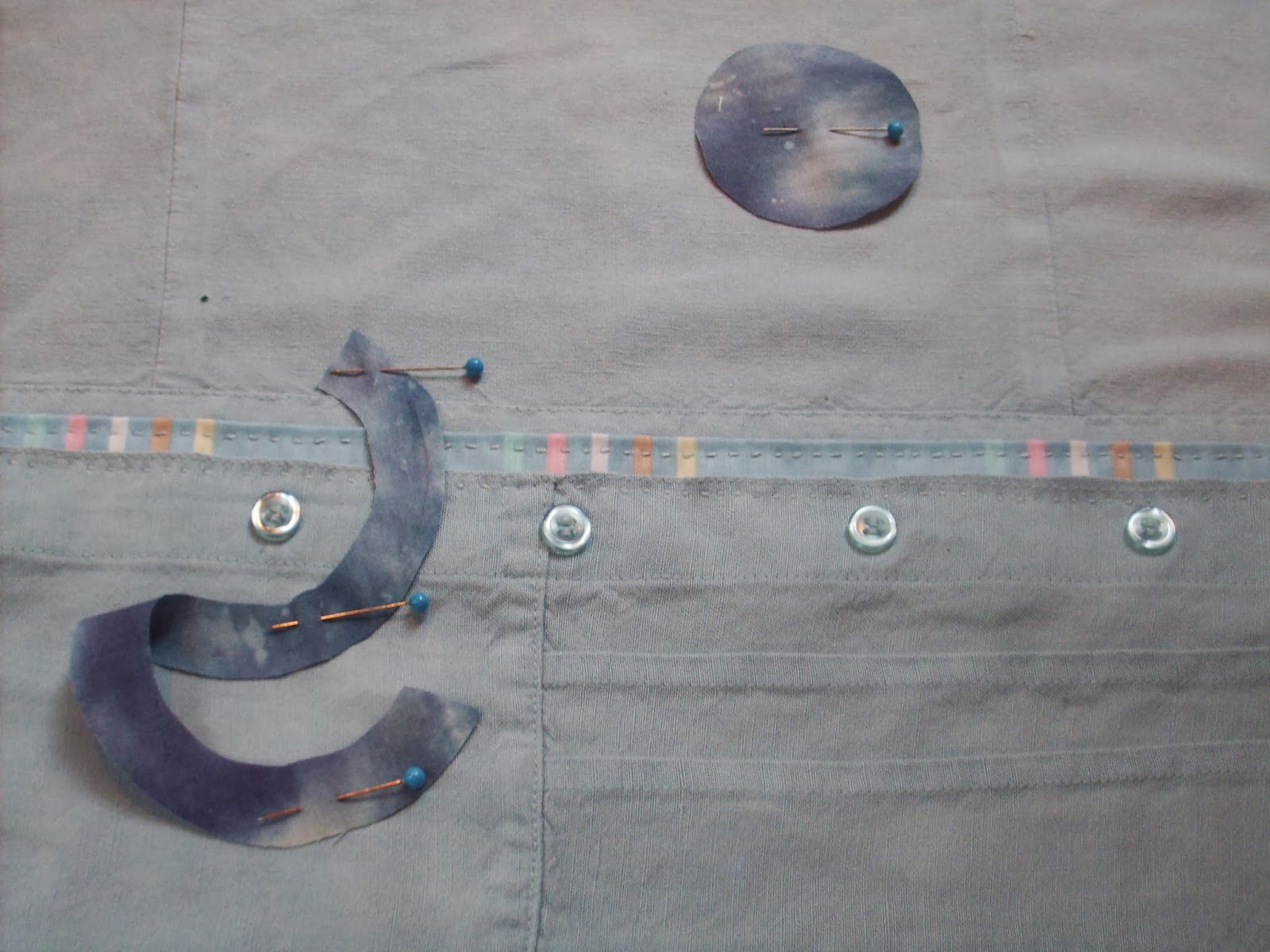 Each stitch is a breath. A silent meditation. Just the cloth, the needle, the thread... and I. There is no need to rush. After all, look how far I have come in only two days. One step at a time.
Posted by Shena Meadowcroft at 12:34 am

Fabulous <3 I too love Jude's work
I love the softness of your chosen fabric and threads so looking forward to your new stitching, love, Marilyn xx