I've been laid up this last week with the H1N1 influenza at high risk due to complications with asthma.  A seriously frightening time. What kept me calm and my mind off terrifying scenarios, was to engage in more exciting and enjoyable ones...


Carla Sonheim's 2014: Year of the Fairy Tale officially begins January 20th but in the last week participants have introduced ourselves online and gorged ourselves on a feeding frenzy (in the best possible way)  of making paper princesses which Carla showed us how to do in a short video as an fun introduction to the year. 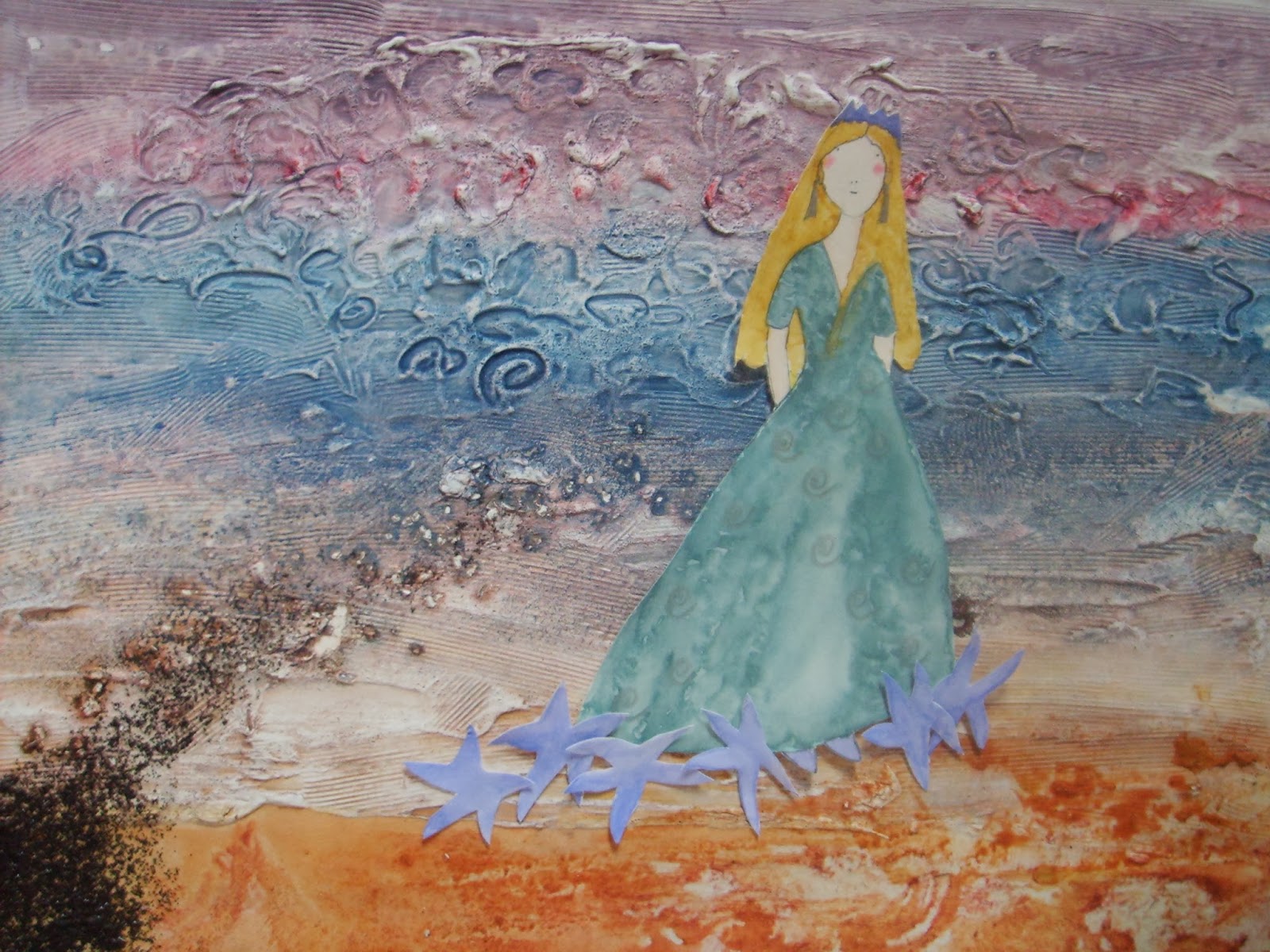 Hundreds of women around the globe have gathered to share their love of fairy tales and magic, drawing, painting, writing and storytelling. From all walks of life: scientists, Jungian psychologists, fashion designers to tax collectors... From every country: Russia, Japan, Brazil, China, Europe, North America, Iceland... I cannot imagine a more amazing group of people to spend this year with!

As ill as I was, I decided to have a go. Bedridden, trouble breathing, I did have my art bag by my side. It was 3 in the morning. Tony lay sleeping on the floor in the other room, one ear listening for any change in me, my knight in shining armour more than even this past week.

I tentatively sketched a princess... found some Art Bars and my waterbrush, and painted her in. Not bad! Scissors to cut her out... Her dress looked like sea foam and I immediately reached for the brush again... she needed some starfish to dance at her feet! I lay back, delighted at what I had done... 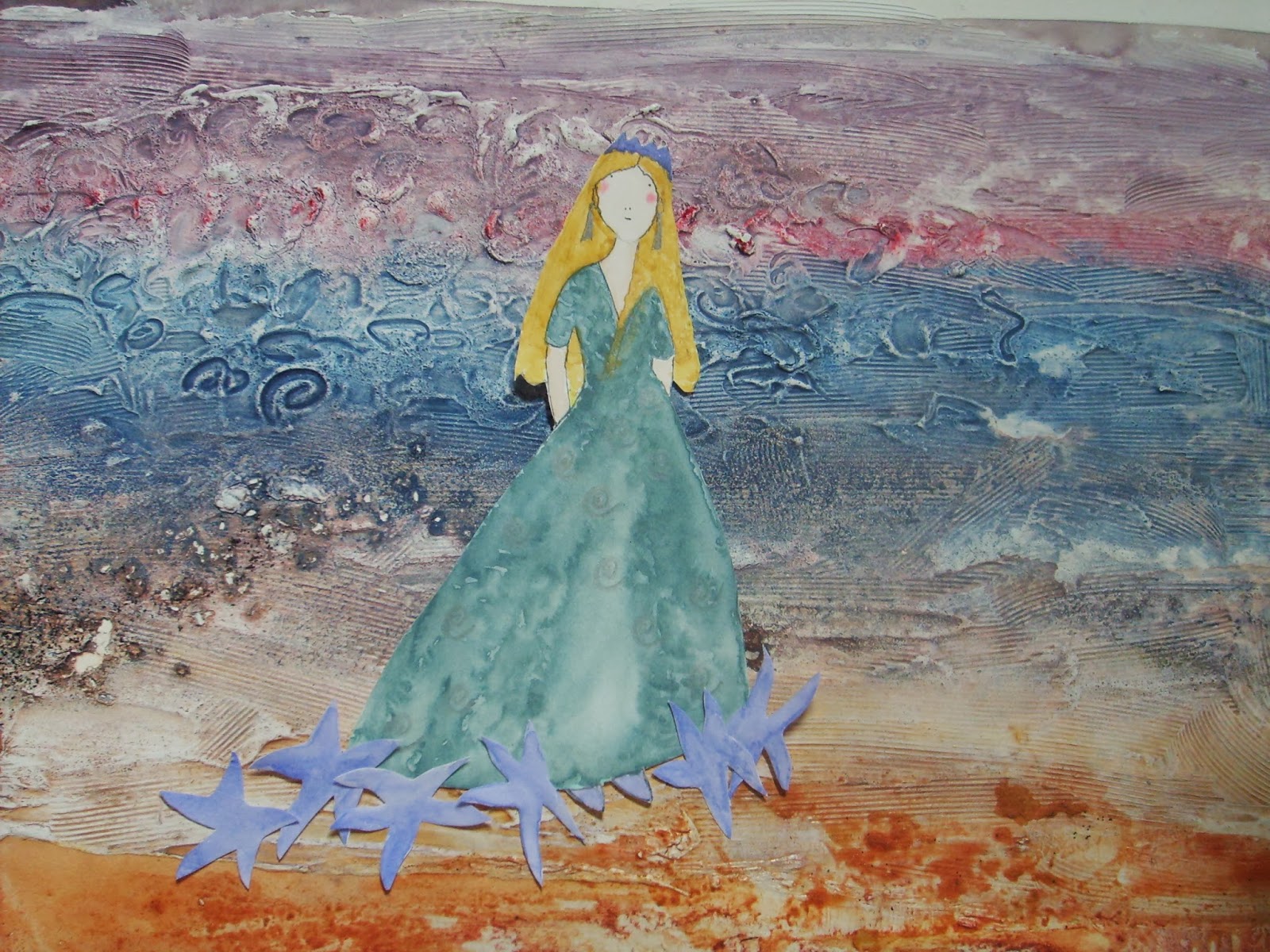 The next night I couldn't sleep again. I thought about how much we have abandoned magic and left mystery so far behind us, and imagined a fairy, lost, back in time, forsaken... perhaps for ever .. I picked up my pencil and started to sketch her but another princess appeared, and it seemed like she was looking for something... or someone... 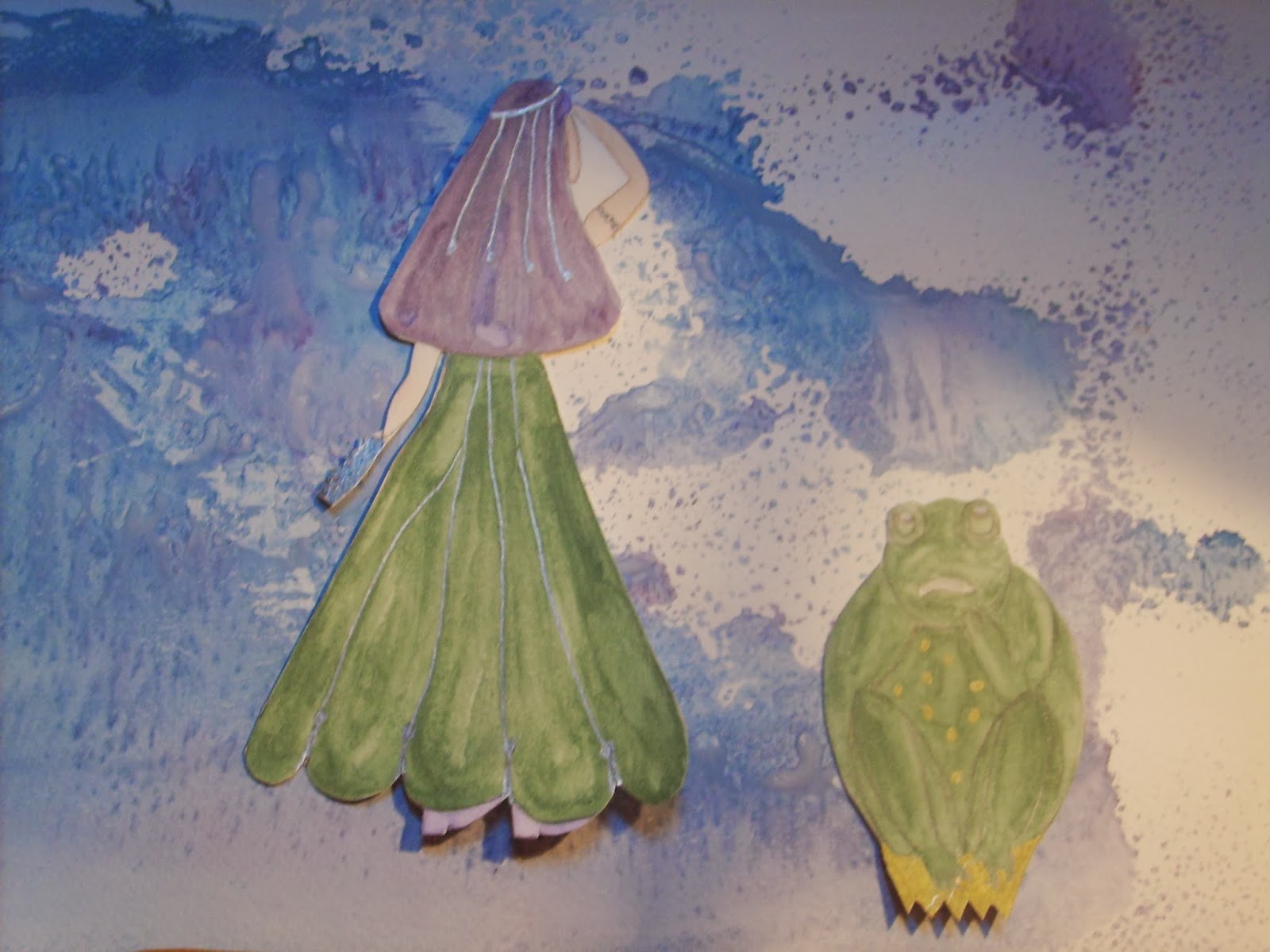 A frog hopped right into my mind! I have NEVER sketched a frog and hadn't a clue how. But I could see him, all forlorn and not just a little fed-up, mind. He was sitting on his upturned crown, all dejected-like, arm on folded leg, hand holding up his head... I drew, and redrew, and redrew again and again until the picture in front of me told the story I saw in my mind's eye. I was amazed! Out came the paintbrush again, the scissors following swiftly.

Last night the forgotten fairy returned and wouldn't go away! So I painted her into being... Apparently there are a whole lot more beings that want attention... I could spend the whole year just doing this alone! 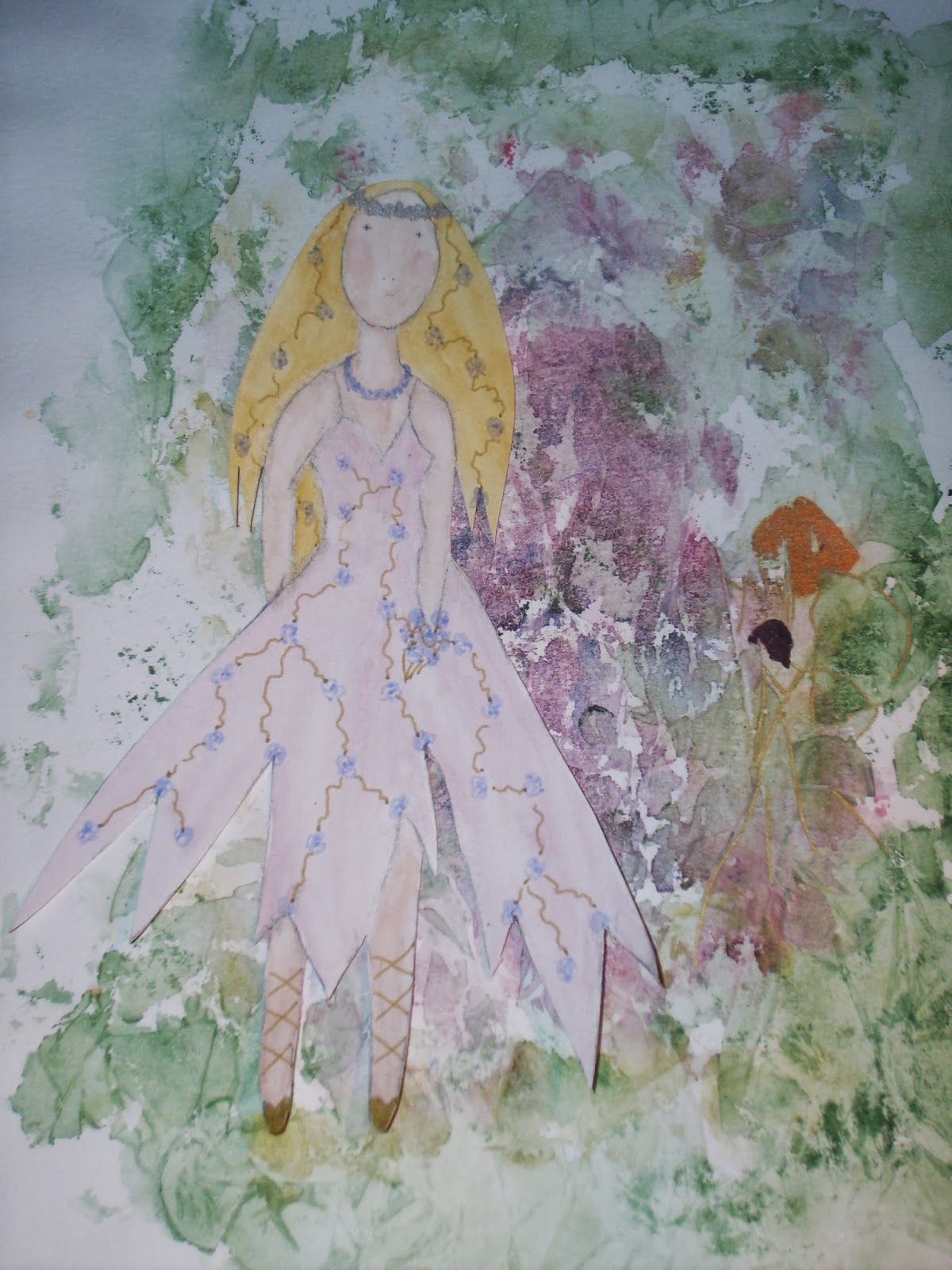 My house is a complete tip but I knew I had some re-positionable tape in the desk drawer. Today I grabbed some class samples for my Intuitive Art workshop series and photograph some scenes using them as backdrops. What happened was a whole other type of fun! Just in these few photos alone I can see how valuable this is going to be for me in terms of layout design for book or card illustrations (see next post.) Once I am mobile and can get to the studio there will be no stopping me!

Good grief! And the class hasn't even started yet!!! There's still time to sign up, but don't say I didn't warn you!
Posted by Shena Meadowcroft at 6:15 pm

Shena - I came over from Facebook, saw your post in our group - loved your story about your lost fairy and the frog - especially feel in sync with the magic and mystery left behind in the past.

I had the H1N1 flu a few years ago - worst illness I'd ever had, so I wish you good health soon. Please be sure and continue to rest even when you start to feel a bit better. Looking forward to spending the next year with you and all the others.